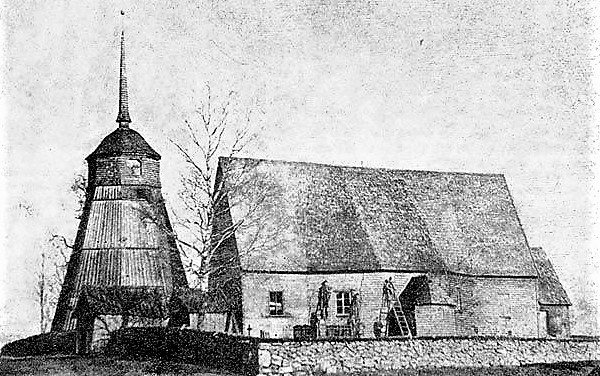 Saint Olof´s Chapel in Tylösand has a remarkable history. The chapel was buildt in 1721 for the congregation in Lidhult, close to the province of Småland´s provincial border. About 150 years later it was torn down and replaced by a church made of stone. The lumber from the former chapel was bought by a farmer in the parish and used to build a house.

When the provincial antiquarian Erik Salvén from Halland visited Lidhult in 1931 he heard the story of the old chapel. Erik Salvén went to the farmer who, in the attic of his own house showed him the old, beautiful paintings from the ceiling of the church. Thanks to his intensive detective work, Erik Salvén could trace and locate most of the artifacts from the old chapel. The bridal bench was being used as a box for calves at a farm. The spiral columns at the altar were found in the United States being used as pedestals for flowers.

Erik Salvén was inspired by the idea of rebuilding the chapel. He succeeded in raising money to rebuild it on these beautiful grounds. The foundation stone was laid on St Olof´s day July 29, 1947. The inauguration took place on September 3, 1950.

Thanks to the foresight of mirror-maker Johannes Svensson in Lidhult, the chapel could be rebuilt as it once had looked. Johannes Svensson had harnessed horses to a cart and travelled 80 kilometers to Halmstad to fetch a photographer, who took pictures of the chapel inside and outside before it was torn down.

The chapel is dedicated to Saint Olof. His statue in the chapel is a copy of the original sculpture, which was a Norwegian work from the thirteenth century, now on exhibit in an art museum in Sorö on the westcoast of Zealand in Denmark. The reproduction was given by Denmark as thanks for the hospitality Danish refugees received in Sweden during World War II

On the rock to the west of the chapel there is a bell tower. In the tower there are “twin” bells. They are named after Prince Bertil, the duke of Halland, and his sister, the Danish Queen Ingrid. The hymn inscribed in the Swedish bell was written by Prince Wilhelm, brother of the late king Gustav Adolf VI.

A chaplain´s residence, a parish assistant´s residence, and a caretaker´s cottage and workshop also belong to this beautiful chapel complex.

The chapel is active with opportunities for service and worship. June to August is the busiest time. Clergymen and organists donate their services. There are concerts and lectures on Thursday nights. There are also confirmation classes during the summer. The chapel is often used for weddings, christenings and funerals.
Saint Olof´s establishment is cared for in an idealistic and non-commercial spirit. A nonprofit association is responsible for Saint Olof´s chapel and relies on donations and memberships to fund its activities.
You are invited to become a member of the association (200 SEK/ year) or to give a donation.
Please contact our office for information how to do so. 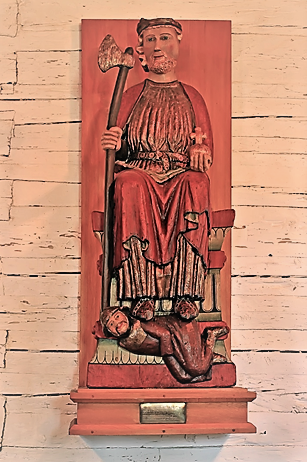 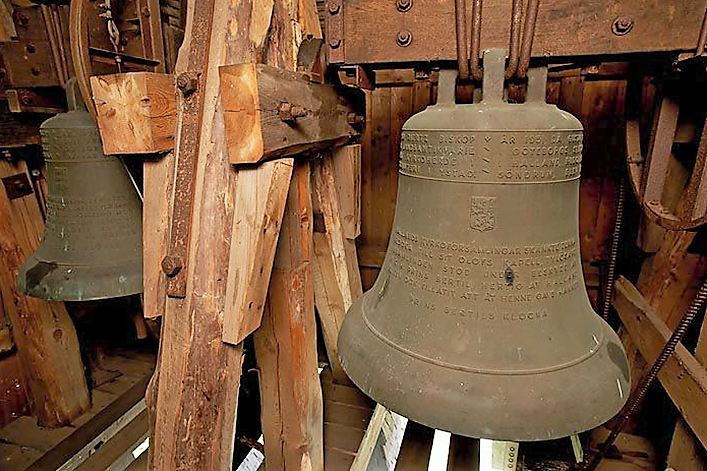